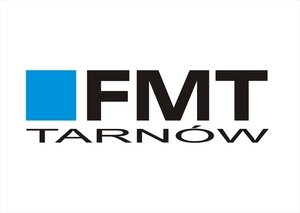 We would like to briefly introduce our company, whose name Fabryka Maszyn (Machine faktory) "Tarnow" appeared in the fall of 2010. The creation of the company was associated with organizational transformations in Zakłady Mechaniczne Tarnów S.A. Production of civilian functioning under the name of Zakład Produkcji Obrabiarek, Narzędzi, Oprzyrządowania i Remontów has been separated from the company.
Fabryka Maszyn "Tarnow" continued production of machine tools known at home and abroad, such as lathe-380MF TUJ, TUJ-380CNC, TUJ-560M, 630M-TUJ, TUJ-560MEF, TUJ-630MEF and grinder RUP280 for cylindrical shafts and holes. The company also provided maintenance services and spare parts for older lathes TUB-25, TUB-32, TUJ-48, TUJ-50, TUJ-50M, TKX-50N and grinders RUP-28 and ROPA16.
Seized civilian production area also included the production of tools, equipment and services, machinery and equipment maintenance, as well as production of licensed lathes for German company GDW: LZ-250, LZ-360, LZ-400.
The next stage in the history of the FMT was the privatization of companies with foreign capital, where the group was English 600 GROUP PLC-UK that owns the well-known machine tool Colchester-Harrison. Quickly implemented and launched production of a wide range of products Colchester-Harrison lathes such as the M300 / Student, Master, Triumph, Mascot, Mastiff, Alpha sold in the extensive distribution network of 600UK. After nearly two years the English industrial group withdrew from further investment in Tarnow Machinery Factory, and the new owner of the FMT was a German company GDW, which then continued producing mainly products on their markets like Turing machines LZ 360, LZ400 and licensed 600UK lathes T170, T200, T230, T280. In mid-2013 the company was declared bankrupt.
The company was bought by a Polish investor and now operates under the name Fabryka Maszyn "Tarnów" Łukasz Świderski & Józef Świderski S.C.

The main objective of the company is the desire to rebuild and continue the domestic production of machine tools based on structural and technological documentation and harvested machine park.“

Virginia, US (Edit)
Report any incorrect information
Requests to be Sent (0)
(Click to Finish)